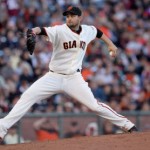 San Francisco enters this series having won three of four from the Chicago Cubs, but the competition level rises this weekend in hosting the first place Padres.  The Giants have lost seven of eight games in the season series this year, managing to score a total of 16 runs.  The club was held to just four runs while being swept by San Diego at home on May 11-13.  Since the All-Star break, the team has produced a 19-9 record, leading the wild card race by a game over Cincinnati and Philadelphia.  San Francisco is 36-21 at home this season (+790) and 10-8 as a home favorite of -125 to -150 (-120).  The team has struggled against divisional opponents all season, posting a 19-23 mark (-680) and the total is 16-25 O/U in those contests.

Giants starting pitcher Jonathan Sanchez is 8-7 with a 3.55 ERA in 24 appearances (23 starts) and is highly confident in his club coming into this series.  “We’re going to beat them three times,” Sanchez said.  “If we get to first place, we’re not going to look back.”  San Francisco picked up four consecutive victories before his last outing, as he dropped a 6-3 road decision to the Braves.  In that outing, he allowed four runs and five hits in four innings of work.  The left-hander is 5-3 with a 3.39 ERA in 12 home games (11 starts) this season, allowing opponents to hit for a .211 average.  In 16 career appearances (nine starts) against the Padres, he has compiled a 2-4 record and 2.70 ERA.

Bettors will find the Padres being a solid 7-1 in Richard’s last eight starts versus NL West opponents and the over is 13-6 in the team’s last 19 games versus the division.  Despite the team’s lackluster overall record against the West, San Francisco is 8-1 against the division in its last nine opportunities.  The Giants are also 4-1 in Sanchez’s last five starts against Western opponents.