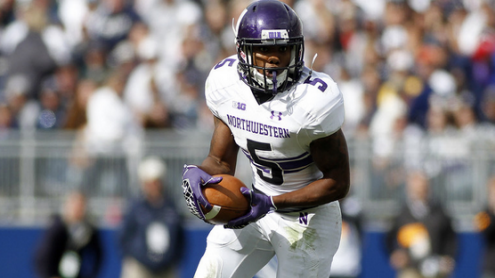 Western Michigan has had a rough start to the season, dropping to Michigan State in week one and Nicholls State in week two. The team won just two games last season and college football oddsmakers find them heavily under dogged against No. 17 Northwestern.

The Broncos have averaged just 18 points the first two weeks and that ranks them 102nd in the nation. The team has experimented with both Tyler Van Tubbergen at QB and Zach Terrell, but neither has stood out much (47 percent competion ratio for Van Tubbergen; 42.9 percent Terrell). In the backfield, Dareyon Chance and Brian Fields have combined for 259 yards in the first two contest, and any hopes Western Michigan has of covering this spread lies in the heavy production of the duo.

Northwestern stands at 2-0 after winning against Cal in week one and Syracuse in week two. The Wildcats are ranked 17th in the nation on the strength of an offense which averages 337 passing yards and 207 rushing yards per game. The Wildcats finished last season 10-3 and are gunning for a national championship this year. They beat Mississippi State 34-20 in the Gator Bowl last season to put the cap on an impressive season.

The team utilizes two QBs who both bring different skill sets to thee table. Kain Colter can pass well (84.2 percent competion ratio) but also is a threat with the rush (93 yards), while Trevor Sieman is a very proficient passer, especially with the long ball. The Wildcats should have no problem beating the Broncos, but the 30.5 spread will take a lot of production to cover.