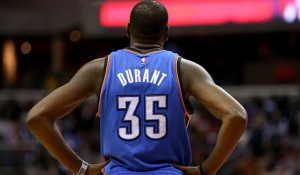 Scoring is a pretty simple thing, and NBA oddsmakers see it much the same, giving decent odds on the top-four picks with everyone else somewhat just long shots.

There is the obvious pick in the three-time champion Kevin Durant. But it is hard to count out a guy who chucks it up as often as James Harden does. Anthony Davis has a monster load to shoulder in New Orleans, and he is only getting better. And then, LeBron James has to be considered on some level, even if he is more Magic Johnson than he is Michael Jordan.

In fact, Westbrook is the best argument that Durant does not win it. Russ has a tendency to take over games from the point guard position, which can leave a player even as good as Durant just watching. Even so, it seems Durant is a lock for 28 points per game which could and should be enough to win it. But there is one other really obvious pick in Space City. 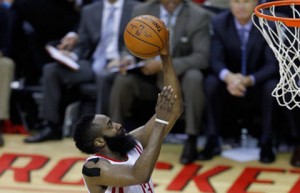 James Harden finished No. 2 in the league in scoring last season with 27.4 points per game, and he is the guy on Houston who is responsible for creating a solid one-quarter of the offense (and more still if his dimes are factored in). Harden is very reliant on the whistle, but he often gets it during the regular season.

Harden attempted 10.2 free throws per game last season, tops in the Association. That gives him a nice boost because those are pretty sure fire points given he shoots 86.8 percent from the line. At +225 he makes a nicer value than Durant, and it is hard to make a case against Harden. Even Ty Lawson will find himself dialing back his shot attempts to make sure Beard gets his looks on the wing. 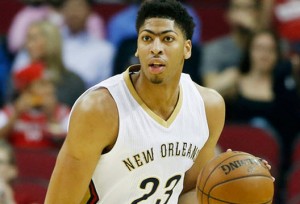 Anthony Davis finished No. 4 in the league in scoring with 24.4 points per game last season, but his forte is not necessarily scoring the ball. Sure, he could surprise us all and go beast mode to win this award, but the last power forward or center to take the scoring title was Shaquille O’Neal, and that was 15 seasons ago. That is our strongest argument against betting on Davis.

The converse is that he is quickly becoming the league’s best player and the Pelicans are short handed to begin the season. Davis is going to get his looks, but it just is not a title that big men typically take. Removing Shaq from the equation, and the last big to win the award prior to that was David Robinson in 1994. That is two big men in 21 seasons, even if Shaq did do it twice.

We already said LeBron James is more “Magic” than “Michael” and while he does have his nights of going absolutely berserk, he did still finish “just” No. 3 in the league in scoring last year with 25.3 points per game. What steers us away is that 26 points per game seems to be the ceiling for a guy who is relied on to do so many things other than score.

If Kyrie Irving (injured to start the season) and Kevin Love (What happened to him last year?) do their jobs, James has a better chance at taking the assists crown than the scoring (and we are by no means saying that is necessarily likely either).

Best of the Rest: 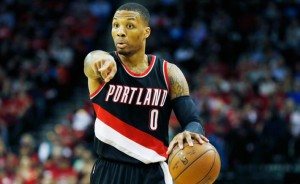 Damian Lillard will kind of have to do everything in Portland, but to take a rise from No. 13 in scoring to No. 1 seems pretty unlikely. We do like Lillard for 24 to 26 points per game, but that will not get it done. Fools gold.

Stephen Curry finished No. 6 in the NBA in scoring last season, and for exciting as he is, and as good as he shoots the ball—he is still a point guard trying to feed a lot of mouths in Golden State.

Russell Westbrook won this award last season, and at +2000 he is a great value. What keeps him from it is the fact that the guy he did not have on his roster last season is back to take the award this year, and we clearly mean Kevin Durant. If Westbrook were on any other club, we would nearly pencil him in for this.  If Durant goes down again, Westbrook wins this award.  And that’s all we are willing to give the “What if” game for tonight.