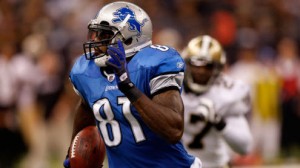 The Detroit Lions have a lot of reasons to be optimistic heading into this season, but they need to be careful not to grow up too fast and avoid pressing the fast forward button.  The Lions are coming off one of their best NFL drafts in recent memory thanks to the absence of former Team President Matt Millen.  Following up on the selection of quarterback Matthew Stafford with the top overall pick a year ago, Detroit added All-American defensive tackle Ndamukong Suh and running back Javid Best in the first round and may have very well added a couple more starters in the process.  Time will obviously tell if any of those players go on to become All-Pros and lead the Lions back to the playoffs, but right now they simply need to focus on getting a little better game by game.  Considering they have only won two games combined over the last two years, topping that number should be a goal that is certainly within reach to achieve this season.

*all odds quoted from Bodog*

Here’s what this year’s schedule looks like for the Lions:

Analysis: The Lions will get a defensive test right away to start the season after surrendering 85 points in losing two meetings with the Bears last year.

Week 2             Sunday, September 19, 2010    vs. Philadelphia Eagles
Analysis: Philly will be playing an NFC North opponent for the second week in a row after hosting Green Bay in the season opener.

Analysis: Brett Favre and the Vikings get their first break of the year against the Lions before their bye week after playing New Orleans and Miami to start the season.

Analysis: Detroit plays the second of three road games in four weeks at Green Bay and third divisional opponent in the first month of the season.

Analysis: The Rams beat the Lions on the road 17-10 for their only win of last season.

Analysis: The Redskins close out the first half of their season with the second of consecutive road games against NFC North opponents.

Analysis: The Jets play the first of two straight road games at Detroit before visiting Cleveland the following week.

Analysis: The Bills play the second of three home games in four weeks against Detroit before visiting Cincinnati.

Analysis: The Cowboys host the Lions before facing Super Bowl finalists New Orleans and Indianapolis the next two weeks.

Analysis: Detroit plays the first of three straight home games against the Patriots on Thanksgiving Day.

Analysis: If anything, the Lions should start showing some kind of improvement in the second round of games against NFC foes, starting with this home game against the Bears.

Analysis: The Packers visit Detroit for the first of two road games in a row before visiting New England the next week.

Analysis: The Lions make the first of two straight trips to Florida at the end of December.

Analysis: Detroit may choose to spend Christmas in Miami after visiting Tampa the week before.

Analysis: The Vikings close the season on the road after visiting Philadelphia the previous week while the Lions hope to start the New Year at home on a positive note.