Posted on December 28, 2013 by Brett David Roberts in Headlines,MMA 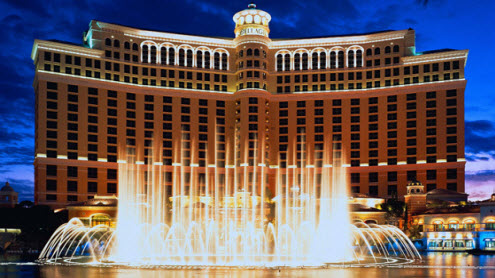 The Main Card of UFC 168 is set to start at 10 PM ET on Saturday, Dec 28 and this piece will focus on previewing the main four fights, while the main event will be covered separately here at Maddux. Let’s take a look here at my picks for each fight.

Diego Brandao brandishes an aggressive fighting style, but can he go the full length to put together an actual fight? That dubious matter leaves Brandao an underdog according to MMA oddsmakers at Bovada. Brandao has struggled in later rounds of fightings, and his 4-1 UFC record could be misleading because he has faced some pretty weak competition. Daniel Pineda, Pablo Garza, and Joey Gambino don’t represent top shelf opponents, and by most reckonings Dustin Poirier is just that.

Poirier is a far better striker than Brandao and his strike-landed is 4.06 per minute compared to just 2.36 for Brandao. That’s almost twice as many strikes landed, not to mention the fact that Poirier has a nine-inch advantage in reach, which will make it easy for him to evade Brandao’s strikes.

Brandao is good with takedowns (3.38 per 15 min), and Poirier doesn’t have the greatest takedown defense, either (63 percent). But is Brandao good enough to land an early takedown on Poirier? Its not a prospect that would lend towards choosing the underdog, it doesn’t seem. Poirier will likely utilize the fact Brandao can’t fight long fights and win this easily by decision.

Jim Miller has won just two of his past five fights and now he’ll face a much weaker opponent in Fabricio Camoes. MMA oddsmakers favor the experienced Miller by a wide margin, with Bovada’s line being -450 for Miller. Miller’s decline as a fighter has been marked, with just a 39 percent takedown defense and Pat Healy just dominated him last fight. Miller can’t defend against takedowns anymore, but submissions are really all Camoes has unfortunately.

Camoes lands just 1.24 strikes per minute and all he really does is seek to find a chance to submit his opponent. Even with a declining Miller, that won’t work. Camoes just doesn’t have a versatile enough fight game nor have enough different ways to win this for a logical bettor to make the pick, unless the reasoning is simply that Miller’s about to suffer a career breaking (only minor sarcasm) defeat. Miller by decision.

Travis Browne is considered to be a UFC heavyweight title contender, but in his last fight he nearly lost to Alistair Overeem and Browne at one point looked as though he had no chance in the fight, when Overeem had him against the fence taking a pounding. The fact he rebounded to win is equally as incredible as the fact he was nearly out at the point, but resolve doesn’t necessarily cover for the lack of fighting prowess and MMA oddsmakers at Bovada find Browne to be a slight underdog to Josh Barnett.

Browne was out-struck 41-14 in the final four minutes of the fight against Overeem and he lost by a first round TKO to Antonio Silva before that, and he nearly fell to Cheick Kongo, but was able to win because Kongo hit him in the groin (as he’s known to do from time to time). Browne is a good athlete and an experienced fighter, but Barnett is a better striker and he’s only ben knocked down twice in his entire MMA career while landing far more strikes than he’s taken. Barnett should be smart and utilize his superior striking game rather than waste energy trying to get Browne to the mat. If the opportunity present itself, he’ll take it, but if this fight goes the distance, he knows he can win as the superior fighter.

Barnett has all the experience here, and yes, the milage, but he should be able to find a way to win this fight by submission. It probably won’t happen all that early because he’s likely going to just out strike Browne, until he lets his guard down.

Ronda Rousey has already defeated Miesha Tate before, and MMA oddsmakers don’t really see any reason to expect a different outcome this time. MMA odds at Bovada heavily favored Rousey (-650), as the fighter who dominated her at Strikeforce and that was just her fifth career professional fight. Since that time, she has defeated Sarah Kaufman and Liz Carmouche. In five fights, she has only fought for 11 minutes and 14 seconds, but ranks 1st in grappling advances with 1.87 per minute. If Tate is to stand any chance in this fight it would be in somehow keeping the fight standing and seeking to go the distance to win by decision, but that won”t happen. Rousey will likely submit Tate and put this one out of its misery early.