Posted on July 4, 2010 by Jeff Mattinger in Baseball

The Red Sox have dominated the Orioles over the past three years, but daytime numbers suggest an upset is possible in the series finale. 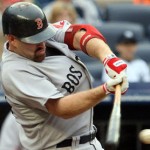 Baltimore came into this weekend with a season series advantage over the Boston Red Sox, but that is no longer due to back-to-back losses.  The Orioles have made nine errors in their past five games that has caused frustration to set in.  “We didn’t play defensively like a big league team,” outfielder Nick Markakis said.  The team stands at a terrible 8-31 on the road this season (-1,790) with the total being 14-24-1 (O/U) in those games.  Dropping the first three games of July is nothing new for the last place team in the AL East division, going 19-35 in the month the last three years (-1,330).  The offense  is averaging just 3.1 runs per game on the road this season and has had a major problem in providing any support to today’s starter.  In eight of Brian Matusz’ 16 starts this year, the Orioles have scored one run or been shut out while he was in the game.

Matusz stands at 2-9 with a 4.90 ERA in 16 starts this season (-920), with the Orioles losing four straight games with him on the mound.  The left-hander has pitched poorly in his last two outings, allowing nine earned runs and 14 hits over 12.2 innings in two home games against Florida and Oakland.  Matusz hasn’t fared well in day games, posting a 6.32 ERA in three afternoon outings.  He has dropped a career-high nine straight decisions and the Birds have dropped 12 of the last 13 games he’s started.  In two career starts against the Red Sox, Matusz has yet to post a decision with a 3.86 ERA, while the club is 1-1 in those two games.

Boston is set to finish a six-day, five-game homestand with the final game of a three-game set against Baltimore.  The Red Sox have won 15 of their last 18 games, outscoring opponents 118-66 in those games.  It’s been important that the club has been taking advantage of playing at Fenway Park, as they will play just nine July home games.  Boston has dominated the Orioles at home over the last couple years, posting a 17-2 record since July 12, 2008, outscoring the Birds by a 128-61 margin.  The club sits with the second-best record in baseball coming into this afternoon’s game, but the daytime start may be a bigger enemy than the opponent.  The Red Sox are 7-11 (-670) in 18 day games this year.

Red Sox starter John Lackey is 9-3 with a 4.46 ERA in 16 starts this year (EVEN) and comes in with a five-game winning streak.  He is actually undefeated in his last seven starts, posting a 5-0 record and 3.72 ERA.  The right-hander owns seven home wins in 2010, which is tied with New York Yankees left-hander Andy Pettitte for the AL lead and only trails St. Louis starter Adam Wainwright for the most in the majors (8).  Lackey is a solid 9-3 with a 3.13 ERA in 15 career starts against the Orioles (+240), including a 1-0 mark and 3.00 ERA in three outings this season.  Throwing in the afternoon has been a problem for the former Angels ace, going 1-2 with a 6.38 ERA in four afternoon outings compared to an 8-1 mark and 3.86 ERA at night.