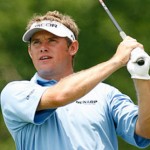 The PGA tour will make a stop in Memphis, Tenn. this weekend to find a winner in the St. Jude Classic on the TPC Southwind course. The par-70 course spans over 7239 yards and has seen 13 hole-in-ones in its existence. Jay Delsing (1993) and Bob Estes (2001) hold a share of the course record at 61 strokes.

The purse for this year’s tournament is set at $5,600,000. The most difficult hole is the 18th on which over 130 bogeys, double-bogeys, and worse scores have been recorded. The easiest hole is the 16th, which is an uphill par-5 on which the green can be reached in two strokes. This could be the hole that decides the championship, as a birdie or better is likely.

Defending Champion Brian Gay tries to repeat and take home the biggest chunk of cash. His odds for winning the tournament are 33/1 at Bodog. Gay has made 12 cuts in 15 events this season and finished in the top 10 twice. He has yet to win a tournament, but is looking to change that this weekend. The 38-year-old has shot a 70.3 average this season, and earned $1,096,859 in his 15 events. He is looking to add to that starting Thursday.

The Favorite to win the event is Lee Westwood at 12/1 followed by Rory McIlroy at 16/1. Ben Crane (18/1) and Padraig Harrington (20/1) as well as Robert Allenby (20/1) are right up there in contention according to the sportsbook.

Westwood has won 31 professional tournaments in his career. His latest victory came at the Dubai World Championship in 2009. McIlroy made the cut in five of the eight tournaments he has played in this year. He won the Quail Hollow Championship on the first weekend of May. The victory marked the first PGA tournament win of his career.

Crane has had a successful year so far, making the cut in 11 of the 13 events he played. He has five Top 10 finishes and won the Farmers Insurance Open at the end of January. He is currently 5th in the FedEx Cup standings.

Harrington has made the cut in seven out of his ten tournaments this year and holds the 62nd place in the FedEx Cup standings. His last win dates back to 2008, but he has won three major championships in his career – The Open Championship in 2007 and 2008 and the PGA Championship in 2008. His best finish this season was a third place at World Golf Championships, and he finished in the Top 10 twice more.

Allenby has made the cut in ten of the 13 tournaments he has played in this year. He has finished in second place three times this year and is ranked 7th in the FedEx Cup standings. He has eight Top 25 finishes to show for this season, including four Top 10 results.

With many notable players taking the weekend off to prepare for next week’s US Open, this is the chance for players like Harrington and Allenby to shine. Harrington seems to offer the best value at 20/1, as there will be a tight race between the players named earlier.

As for some matchup golf picks bets this weekend.  Go with these 2.  Common theme this week is fading 2 players because of injury.  Poulter because of a current knee problem and Harrington coming off of surgery.