The Pirates tallied season-high totals in hits and runs last night, but the story is likely to change this afternoon. 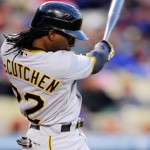 Houston’s seven-game win streak over the Pittsburgh Pirates ended on Saturday with a 12-6 loss at PNC Park.  “We kept batting back and it just got too deep,” Astros manager Brad Mills said.  “They were able to get to their bullpen and the last three guys in their bullpen are really tough.”  The pitching staff allowed the worst team in the league to set season highs in runs and hits (17).  Sunday’s game will be the third game of a six-game road trip for the team, with the Astros having a combined 11-3 mark against the opponents they will face.  The Astros 20-15 record versus the NL Central is the second-best within the division trailing only Cincinnati (26-15).  Despite having a 13-17 daytime record this season, bettors have picked up a slight profit (+140) and 12.5 units over the last three years.

Astros starting pitcher Roy Oswalt is 6-10 with a 3.08 ERA in 18 starts this season and is coming off his most dominant start of the year.  He tossed a complete game shutout and allowed just a single hit in a 2-0 home victory against today’s opponent.  The right-hander hasn’t allowed a run over his last two outings, tossing 16 shutout innings and surrendering just four hits.  Houston’s offense has managed to score just four runs in his last four starts overall.  Oswalt is a solid 4-2 with a 2.45 ERA on the road, managing to strike out 48 batters and walk just 10 in 47.2 frames.  In 28 career games (27 starts) versus the Pirates, he is a dominating 15-7 with a 2.50 ERA, including a 6-4 mark and 2.58 ERA at PNC Park.

Pittsburgh let no doubt in ending its seven-game losing streak to the Houston Astros, while picking up a victory in front of a sold out stadium.  “It was a good win for us, one that we needed,” manager John Russell.  The last time the Pirates won a game by more than three runs was on May 14, as the team has won just two games by more than six runs all year.  With a victory today, Pittsburgh would post its third straight winning series at PNC Park.  Overall this season, the Pirates are 6-6-1 in their 13 series played at home (3-12-1 road).  Playing on Sundays hasn’t been kind to the club the past three years, posting a 19-45 mark (-2,250) and 4-10 record this year (-550).

Pirates starting pitcher Paul Maholm is 5-7 with a 4.37 ERA in 18 starts this season, with the team dropping five of his last six outings.  The left-hander is 3-5 with a 5.80 ERA in eight home starts this season, after posting a 4-3 mark and 3.50 ERA last season at PNC Park.  He ranks second all-time with 26 wins at PNC Park, just a win behind teammate Zach Duke.  Maholm has left five of his starts this season with a lead, only to watch the bullpen blown the save.  He is 8-5 with a 3.90 ERA in 14 starts versus the Astros, including an 0-1 mark and 2.57 ERA in one start this year.  He allowed four runs (two earned) in seven innings in a 4-3 loss to Oswalt at Minute Maid Park on April 23.

Both teams are terrible when the total is 7 or less in a game, with the Astros coming in with a 2-12 record and the Pirates winless in two tries.  It’s important to note that Houston’s total is 1-6 O/U on the road when the total is set at 7 and the team is 69-112 O/U against the division the last three years.