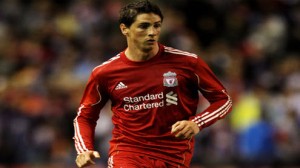 Week 3 of the Premiership continues on Sunday with 4 games scheduled. We preview each matchup and give out our top picks for each contest.

Birmingham City visits Bolton as both teams try to maintain their early-season success in the EPL. Birmingham finished a ’09-’10 campaign in the EPL’s top 10, and although they are not expected to challenge the Premiership’s elite, they capable of repeating last season’s success. Bolton is coming off of a surprisingly comfortable 3-1 victory over West Ham, and will be looking to continue last’s season success that saw them beating Birmingham 2-1 in both of their meetings. This will be an interesting matchup of a Birmingham’s solid defense but poor offense against Bolton efficient attack but undependable back line. This match should turn into a defensive struggle, and a goal for either team could prove the difference.

While Bookmaker has this one as an even pick, Bodog does is showing Bolton a slight favorite at -½. Birmingham City is a good bet here at +½. Both sites have the over/under at 2½. With both teams struggling on offense, the under has solid value.

After a dominant 3-0 performance against Liverpool, Manchester City will face a weak Sunderland side. Sunderland has produced only 2 goals this season, and will not find many opportunities against a Manchester City side that held Liverpool scoreless. Sunderland will be looking to recover from a 1-0 loss to West Brom, but without the players to pose any real scoring threat, they will have to wait at least one more week before getting into the wins column. With Manchester City’s multiple world-class options on offense, their attack is quickly turning into the powerhouse that has been advertised, and they will look strong once again against an undermanned Sunderland defense.

Following last week’s embarrassing loss to Manchester City, Liverpool will look to recover on Sunday when they host West Brom. The standings are misleading in this one. After playing last season in the Football League Championship (English Second Division), West Brom are in the middle of the pack, but will eventually fall towards the bottom of the standings. That should begin this week when they face a Liverpool side desperate to make their way back up to the top third of the standings. Although Liverpool are not the same dominant side they were just a few years ago, they are still one of the top 10 teams in the league on talent alone. Despite continuing nagging injuries to players like Fernando Torres, that talent will enforce its will on Sunday and give Liverpool their first win of the season.

Bodog has Liverpool favored at -1½. Liverpool should produce their first multi-goal performance of the season while holding the weak the West Brom attack scoreless, so definitely take the -1½. Bookmaker has the over/under at 2½. The over has great value in this one.

Aston Villa should be eager going into this matchup after last week’s embarrassing 6-0 defeat at Newcastle. Aston Villa is currently playing without a permanent manager, and the turmoil in the locker room was reflected in last week’s result. While Aston Villa still has several questions to answer, they are definitely better than the performance they showed against Newcastle, and this should be seen on Sunday. Everton will be looking for their win of the season. Although they have a solid defense anchored by American keeper Tim Howard, they have continued to struggle to score goals. These teams are an even match, and the match should be a close one. With Aston Villa playing at home and with the added motivation of not being embarrassed again, especially on front of their home crowd, they could be a slight favorite.

Both Bodog and Bookmaker have this one even going into Sunday. Both sites have the over under at 2½. Aston Villa could dictate the pace, and if they do, it could turn into an open offensive battle. Betters should take the over in this one. The draw also has solid value for this match. Bodog has the draw at +225, while Bookmaker has it at +210.