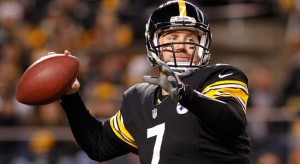 The Houston Texans find itself 0-2 and neither affair was close. It has lost a combined 36-67 to the KC Chiefs and Baltimore Ravens. It finds itself Week 3 underdogs to the hosting Pittsburgh Steelers. The Texans are 4-point dogs in a game with an over/under of 45 total points, per odds listed at oddsmaker 5dimes. The game will air at Noon (EST) on CBS.

Deshaun Watson had a rough time in week 2. Though he completed 275 yards and a TD, he threw a pick and was sacked four times for 22-lost-yards. He managed a quarterback rating of just 59.4. Watson struggled with the rush too, attempting just five for 17 yards. David Johnson did not have success as the lead back, either, with just 34 yards picked up on his 11 carries and none greater than nine yards. Brandin Cooks led receivers with 95 yards on his five catches, but the Texans managed just one end zone reception. Zach Cunningham had a huge game defensively with 15 tackles, 11 solo, a sack and a tackle for loss. JJ Watt added two more sacks. The Ravens completed 18 of 24 for 204 yards, but Lamar Jackson was held somewhat in check. He did suffer four sacks and managed just 54 yards on 16 rushing attempts.

Overall, it was just too much Baltimore in too many ways, though, as the Ravens picked up 230 rushing yards on 37 tries, and Mark Ingram had a touchdown for the backs. JK Dobbins added 48 yards on just two carries, with a 44-yard haul to his credit. The Ravens ultimately were just able to rack up too many big plays against a Houston defense that has appeared a step slow in both its losses. Thus far, Watson has 527 yards and a 66.2 percent passing clip, but he has taken four sacks in each of the losses.

Johnson is good for five yards-per-carry and has 55 yards a game, but the Texans are not getting much from Duke Johnson or Will Fuller. Watson has usurped their rush attempts, but with only modest production thus far. Cooks is averaging 16.4 yards per reception which leads the team, and he has caught six first downs. Fuller, despite his two rush attempts, is a receiver. He has caught eight passes for 112 yards which ranks No. 2 in both respects. Jordan Akins leads the team in total catches with nine from the Tight End position. Akins also has a touchdown and five first-down catches.

The Pittsburgh Steelers are 2-0 after knocking off the NY Giants in Week 1 and the Denver Broncos in Week 2. The Steelers got a huge game from Ben Roethlisberger. He threw 29 of 41 for 311 yards and two touchdowns, though he did throw one pick and suffer a 10-yard sack. He also rushed for -2 yards on three attempts, but James Conner added 106 yards and a touchdown, including a 59-yard rush attempt, while catching two more passes for 15 yards. Diontae Johnson caught eight of 13 targeted looks for 92 yards and a touchdown.

Chase Claypool added 88 more yards on his three catches including a touchdown. The Steelers fumbled twice but lost just one (at the hands of Benny Snell Jr.). Mike Hilton led the team in tackles with eight, all solo, including one sack and two for loss. TJ Watt had 2.5 sacks and 2.5 tackles for loss. In all, the Steelers had 13 tackles for loss, and a 24-yard interception return at the hands of Joe Haden. Punter Dustin Colquitt was excellent with five kicks for 209 yards including a touchback, two pinned in the 20, and a long-kick of 54.

The Steelers have got 118 yards out of Snell Jr through its first two weeks. The former beast from Kentucky has averaged 5.4 yards-per-attempt, but he has fumbled twice and lost one of them. Conner ranks No. 2 in yardage at 115 yards, and he has a touchdown to his credit while Snell has yet to pick up his first. Johnson has done work at WR with 14 of 23 targeted catches for 149 yards and a touchdown. JuJu Smith Schuster leads the team in touchdowns with two, and he has caught 13 of 14 targeted passes for 117 yards. He averages just nine yards per catch but has seven first downs which rank No. 2 among receivers.