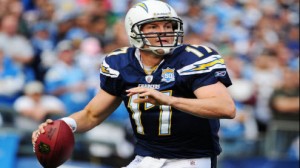 The Los Angeles Chargers suffered a Week 1 loss at the hands of the Kansas City Chiefs, falling 28-38 before heading to Buffalo in Week 2 to face the Bills. This week sees the Chargers enter as 8.5-point favorites on the road, with an over/under set at 42.5 points according to NFL oddsmakers at bookmaker 5dimes. The game will air at Noon (CT) on CBS.

The Chargers suffered a 10-point loss in its opener at home in Week 1, but it got an outstanding game from quarterback Philip Rivers. Rivers completed 34 of 51 passes (67 percent) for 424 total yards with three TDs (though he did throw one interception). The Chargers also amassed 123 rushing yards, but were unable to overcome a four-touchdown game from Chiefs quarterback Patrick Mahomes, who made his NFL debut in impressive fashion.

Despite out-gaining the Chiefs in yardage by a count of 541 total yards to the Chiefs’ 362, the Chargers fell in a disappointing loss. The Chiefs led 17-14 at the half, but Kansas City scored two third-quarter TDs, which was enough to hold on, despite being outscored 16-7 in the game’s final quarter.

Keenan Allen and Melvin Gordon both had huge games. Gordon rushed for 64 yards, but he did the bulk of his damage functioning in pass plays. Gordon had nine catches for 102 yards, while Allen caught eight passes for 108 yards and a TD. Austin Ekeler added another 87 yards and a TD, and Mike Williams added another 81 yards on his five catches.

The Chargers averaged 12.5 yards per pass attempt on its 34 total receptions, but all the offense was just not enough. J.J. Jones committed two costly fumbles, only one of which was recovered, and the Chiefs offense just efficiently did its work under rookie QB Mahomes.

The Buffalo Bills like its opponent, also fell in Week 1, being ousted by the Baltimore Ravens by an embarrassing 3-47 score. Buffalo was unable to get much going offensively via either the pass or the rush. Josh Allen threw just 6 of 15 for 74 yards while incurring three sacks, and Nathan Peterman was 5 of 18 for 24 yards with three sacks of his own along with two interceptions thrown. The ground game was just as pitiful, with the Bills picking up 83 yards on 22 attempts (3.8 yards per attempt) and failing to reach the end zone.

Baltimore dismantled the Buffalo defense equally as well to the tune of 252 passing yards and 117 rushing yards. Baltimore led 26-0 at the half, and it simply never looked back as the Bills struggled throughout the entirety of this contest. Buffalo will try to get back on track this week, but the 8.5-point spread seems almost generous on behalf of oddsmakers given Buffalo’s opening week struggles.

Expect the Chargers to fully cover the 8.5 point spread and win this by double-digits as Buffalo continues to search for answers with a roster in flux, that simply is not good at all.