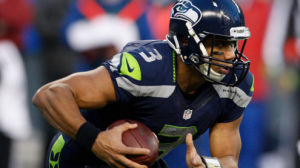 The New York Giants are 4-7 and currently atop the pitiful NFC East. Despite being three games under .500, it is tied with the Washington Football team for first. The Giants travel to face the much-better Seattle Seahawks as heavy 12-point underdogs. The over-under is set at 47 total points per oddsmakers at 5dimes, and the game will air at 3 PM (EST) on FOX networks.

The Giants have been mediocre offensively via the rush, and barely productive via the pass. It lingers in the worst-five for passing yardage at 200.5 per game, with just a No. 15 rush attack that generates 113.4 yards per game. It adds up to an offense that fails to reach 20 points per game, while it surrenders 23 itself on the other end of the football. Totaling up to a -3.5 differential, the 4-7 mark becomes framed by the underachievement it really actually is.

In terms of evaluating the talents on this roster, Daniel Jones has shown more flashes, than he has been actually consistently productive. He has more interceptions (nine) than touchdowns (eight), and he has been sacked nearly three times per game on average. His passer rating of 78.7 is fairly horrible, but on the other side of this coin, he has been excellent as a rushing threat. Jones leads the team in rushing yardage despite trailing No. 1 backfield option Wayne Gallman by nearly 40 attempts. Jones averages 7.3 yards-per-carry and has a touchdown to his credit, while Gallman is just good for 4.0 yards-per-carry, but has rushed for six touchdowns. Jones has 17 first downs on his 55 carries, while Gallman has 24 on his 93 attempts. Both are very productive, but Jones’ work helps offset some passing issues that will still have to be ironed out before he can be a safe starter in the NFL.

Darius Slayton, Evan Ingram (the tight end), and Sterling Shepard have all caught for 350 yards or better. Slayton leads the way in yards with 584, while also leading in touchdowns (three) and first downs (30). Kicker Graham Gano has hit 25 of 26 field goals, with his only miss coming from beyond midfield. That notwithstanding, he is also 4 of 5 from beyond midfield and he is perfect (17 of 17) on PATs.

The Seattle Seahawks are 8-3, but it is a perfect 5-0 at home where it plays today.

Seattle has won its past two games, in the form of a 28-21 victory over the Arizona Cardinals two weeks ago, and a 23-17 victory at Philadelphia, last week. The Seahawks have the No. 4 ranked pass offense in the NFL, getting 273.8 yards per game on the arm of Russell Wilson. It also is nearly top-10 in rush offense with 117.2 per contest. The overall result is the No. 3 scoring offense at 30.8 points per game. Defensively, the Seahawks could certainly be better, but holding teams to 27.6 per game still render the differential at +3.2 points.

Wilson has been brilliant on a team whose system is now fit exactly to his talents. He has 3,216 yards on 70.7 percent passing, with 8.2 yards per reception on average. He has 31 touchdowns with 10 interceptions and has been sacked 3.4 times per game for a total loss of 204 yards. His passer rating of 110.8 is still elite, and Wilson also leads the team in rushing with 379 yards on his 61 attempted carries. He trails No. 1 running back Chris Carson by just two first downs (22 vs 20), but one big blemish is that Wilson has fumbled three times, and one was not recovered.

DK Metcalf and Tyler Lockett have combined for over 1,800 yards between them. Metcalf leads the team in yards-per-catch with 17.9, and he unsurprisingly also leads in yards-after-the-catch, with 305. His lead, again in first downs, is expected. Metcalf has 45, while Lockett has amassed 40. The overall team totals render the yard production of this duo at roughly 60% of the yardage, 17 of the 31 touchdowns, and 85 of the 158 first downs. Tight end Greg Olson has been vital too with 23 catches for 224 yards and a touchdown.

The Seahawks also get some strong production from Carson, who caught 24 of 27 targeted passes for 165 yards and three touchdowns.