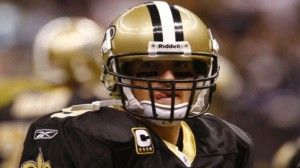 The 9-1 New Orleans Saints have not lost since opening week. It will host the Atlanta Falcons in the third of three games on Thanksgiving day, with the odds set 13-points in favor of the Saints according to NFL Oddsmakers at 5dimes.

The over/under is set high at 59.5 points, a reflection of the Saints’ top-scoring offense and also the weakness of Atlanta’s defensive unit.

The Atlanta Falcons are just 4-6 on the season and 1-3 on the road this year. It will have a tough time slowing New Orleans, as Atlanta surrenders 27.6 points per game while scoring 26.3 itself. The pass attack has been potent, but the Falcons have a horrible rush offense that averages just 88.8 yards per game.

Matt Ryan already has 3,300-plus yards on the season with 22 TD passes and four interceptions (1.0% interception ratio) with a strong passer rating of 111.5. Julio Jones does the heavy lifting of the receiving core, with the All-Pro wideout having amassed 1,158 yards and three TDs on the season.

Calvin Ridley leads the team in reception TDs (seven), but lingers far behind Jones in yardage with 532 receiving yards on the season. Mohamed Sanu and Austin Hooper both have better than 400 yards and three TDs apiece. The issue for the Falcons mainly has been getting so little from its backfield.

Running back Tevin Coleman is consistent, but not great, averaging 4.4 yards-per-carry on his team-high 114 attempts. Ito Smith averages just 3.4 yards-per-carry, and though Ryan has had some success in his 20 attempts, he has rushed just those two times per game for an average of 4.1 yards-per-carry.

Overall, Atlanta’s defense (or lack thereof) will likely spell its demise, not to mention that the Falcons have not been a good team on the road this season. 81 percent of voters on ESPN is predicting a Saints’ victory, which accords with NFL oddsmakers.