Posted on November 2, 2019 by Brett David Roberts in Headlines,NBA 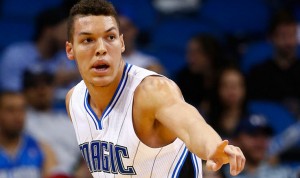 The Denver Nuggets is 3-2, but it enters tonight’s game as losers of its last two, having fallen to both the New Orleans Pelicans and the Dallas Mavericks. Denver looks to get back on track as a road favorite visiting the Orlando Magic at 6 PM (CST) Saturday on NBA TV.

Thus far the Nuggets have been something of a disappointment at 3-2. With the decline of the Golden State Warriors, many chose the Nuggets as the de facto heirs to the throne. Two straight losses after its 3-0 start have certainly led to some doubts in that regard. Nikola Jokic has started both slow and out of shape, though his production overall is still rather good. Jokic is averaging 15 points, 11 rebounds and six assists per game, the latter two of which lead the team. Jamal Murray is the top scorer at 17.8 points per game, and he ranks No. 2 in assists at 3.8 per.

Jokic and Murray are the only Nuggets with a PER above 20, save the promising Michael Porter Jr, though he has played just one game. Porter battled a variety of injuries his first pro season, but he looked good in his NBA debut, scoring 15 points and grabbing four boards in 21 minutes.

If healthy, Porter could replace Paul Millsap at the 4-spot sooner than later. Millsap is rapidly declining, though he does “still have his nights.” The veteran is averaging just 25 minutes a game while tallying 12 points and four boards per contest. Once a dynamic two-way talent, Millsap’s declination has been somewhat accelerated by his lack of size for his position.

Shooting guard Gary Harris has been a gem defensively for the Nuggets but his offense has trailed behind, averaging just 12 points per game despite playing the second-most minutes per game on the team (32). The Nuggets will likely seek to accelerate the pace of this game to push Orlando into an uncomfortable situation given its lack of scoring power.

Though Denver ranks No. 22 on the season in scoring, it is, of course, a far more potent team than that and it will show with greater sample size. The Nuggets are also No. 20 in scoring defense, allowing 106.4 per game. While that likely will not improve drastically, the team should score more to build a positive win differential over the course of the 2019-20 season.

The Orlando Magic are 2-1 at home where it hosts the Nuggets Saturday night in the first of an NBA TV doubleheader. The Magic possesses the NBA’s weakest offense, ranking No. 30 in averaging just 94.8 per game. The Magic has been good defensively in holding teams to just 99.6, but it is having so many issues scoring itself and the point differential is a negative 4.8 points, regardless of how it is achieved.

Nikola Vucevic and Aaron Gordon have both been quite inconsistent, erratic even, and the Magic are having a lot of trouble building any sort of momentum on the offensive end. Markelle Fultz has shown flashes of great promise this season. The Magic acquired the former No. 1 overall pick for the low cost of Jonathon Simmons and a protected first, and while Fultz may never eclipse his elusive original potential, he could eventually become the starting point guard that Orlando has coveted and searched for.

Frenchman Evan Fournier has been Orlando’s best player in 2019, along with third-year forward Jonathan Isaac. Though Isaac averages just 11 points and six rebounds per game, his defensive impact has been enormous and he could eventually even be a Defensive Player of the Year one day. Fournier meanwhile averages 18 points in 27 minutes per game. Orlando does not have any starters seeing even 30 minutes a night, working its depth and developing its young players instead.

Second-year center and former No. 5 overall pick Mo Bamba has shown promise in stretches, though he is clearly far from being ready to assume major minutes for the Magic. Al-Farouq Aminu has proven to be a solid addition for the Magic, despite his lackluster stats. He has brought some experience, savvy, and leadership to the team that goes far beyond his humble five points per game. Even so, with all these positives, the Magic are not going to be much better than a .500 team without Vucevic and Gordon really finding their way, and fast.