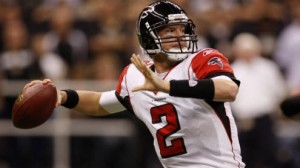 The Atlanta Falcons are 0-2 this season and 0-1 at home where it hosts the visiting Chicago Bears. Chicago is 3-point underdogs to Atlanta, with an over/under set at 47-points according to NFL Oddsmakers at 5dimes. The game will kick off at noon (EST) on FOX.

Atlanta has suffered two losses thus far to two very tough opponents, Seattle and Dallas. Last week it fell 39-40 to the Cowboys as the Cowboys rallied late to win on a 46-yard field goal as time expired. The 46-yards kick from Greg Zuerlein capped an improbable rally that dropped Atlanta to 0-2 on the young season. Matt Ryan had a stellar game in the loss, with 24 of 36 passing for 273 yards and four touchdowns. He threw no picks and was sacked just once, amassing a quarterback rating of 90.2. Todd Gurley struggled in his 21 rushing attempts, picking up just 61 yards and none longer than 8-yards.

The Falcons rushed 34 times for just 113 yards with no TDs via the rush. Calvin Ridley had seven catches for 109 yards and two touchdowns, and the Falcons top-three receivers caught 18 of 27 targeted passes with all four top-receivers catching at least a 14-yard pass and Hayden Hurst having the long-reception of 42-yards.

The Falcons had three fumbles but recovered all three, and the defense had one sack and 3.5 tackles for loss. Younghoe Koo hit 4 of 4 field goals and 3 of 3 PATs, including a long-kick of 42-yards. The Falcons thus far have had its defensive issues, but Ryan has been very good in the pocket offensively. The QB has 67.8 percent passing, 723 yards, six touchdowns, and just one interception, with just 1.5 sacks per game. His passer rating stands at 109.6.

The Atlanta running backs have not been terribly effective.

Gurley averages just 3.3 yards-per-carry, and 58.5 yards per game. No one else has attempted more than six rushes and Brian Hill ranks No. 1 in yards-per-carry at just 4.3 per. Ridley has been dominant catching the football with 239 yards through two games and two touchdowns per game. Julio Jones has 181 yards on 11 catches and leads the team at 16.5 yards-per-catch. Ridley has 16 first downs and Russell Gage ranks No. 2 that category with 12 first downs on his 15 receptions.

The Chicago Bears are 2-0 with wins over Detroit and the New York Giants. Chicago rallied on the road to win 17-13 in Week 2 over the Giants. Saquon Barkley suffered a potentially serious injury to his right knee in the second quarter, putting something of a dark cloud over the Bears in the victory. Mitchell Trubisky threw 18 of 28 for 190 yards but matched his two touchdowns with two costly interceptions while incurring four sacks in the game.

Devin Montgomery rushed 16 times for 82 yards, but the Bears did not score via the rush in the game. Montgomery did catch a TD pass in his three receptions for 45 yards, and the Bears had 10 players catch at least one pass in the game.

Cordalle Patterson was effective on kick returns with three for 83 yards including a long of 30-yards. Cairo Santos hit 1 of 2 field goals with a long-kick of 34-yards while hitting both PATs. Trubisky is averaging just 59.4 percent completions this season with an average reception of just 6.8 yards. He has thrown five TDs and the aforementioned two picks, with five sacks on the year.

Montgomery has been the best offensive weapon with his 5.0 yards-per-carry and seven first-down rushes, but he has no rushing touchdowns on the season, nor does anyone else. Allen Robinson leads all receivers with 107 yards but also has no touchdowns. Jimmy Graham has only four catches on the season but is one of five Bears with a TD catch. Roquan Smith has been a monster defensively with 11 solo tackles, four assisted, and two tackles for loss.

Akiem Hicks has two sacks for 16-yards-lost, and he also has three tackles for loss which leads the team in both categories. Patterson has been dominant on the kick returns with a 32.2-yard average and a long of 45-yards. Santos’ lone field goal misses this season came from beyond 50 yards and he is otherwise a perfect 3 of 3 and 4 of 4 on PATs. The Bears find itself just three-point underdogs in this affair so Santos’ kicking could end up being a difference-maker, particularly with the lack of rushing attack and end zone success.

The Bears are averaging 4.7 yards per rush attempt, and Patterson has just 11 attempts on the season. Though he has picked 44 yards and has a long-rush of 13-yards, his kick returns suggest some potential if the Bears can work more offensive plays for him.