Posted on November 13, 2020 by Brett David Roberts in Headlines,NFL 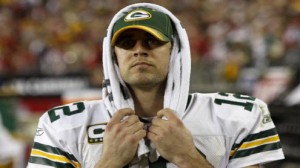 The Green Bay Packers sit at 6-2 and are in first place in the NFC North. It now prepares to host the lowly Jacksonville Jaguars as heavy two-touchdown, or 14 point, favorites. The over-under is a bit high at 50.5 points, but if the Packers get cooking it could obliterate that total with minimal “help” from Jags’ touchdowns. The game will air at Noon (EST) on FOX.

Green Bay has lost two of its last four games, but it started the season out 4-0 and is seeking a return to the form it exhibited during that stretch, which saw it knock off the Saints and Falcons with relative ease. The Packers can hurt a defense on the ground or in the air, and that is a familiar theme given that Aaron Rodgers has shown almost no signs of a fall off. The veteran has 2,253 yards on the season to go along with 24 touchdowns. He has thrown just two picks and is sacked only about one time per contest (nine in eight games). His 117.5 passer rating is exceedingly exemplary of an offense that can hurt an opponent with a varied MO driven by not only Rodgers but also by having three solid backfield options and premier wide receivers.

Aaron Jones leads the rush attack with 90 of the team’s 222 carries. He has rushed for 21 first downs and five touchdowns, with a five yard-per-carry average, as well. Jamaal Williams adds another 294 yards, while AJ Dillion has been good in his minimal (23) attempts. The Packers as a team average 4.6 yards-per-carry, though the Pack has just six touchdowns via the rush, with Jones accounting for all but one.

Davante Adams, Robert Tonyan (the tight end), and Marquez Valdes-Scantling all have better than 300 receiving yards on the season, and the trio accounts for 16 of the team’s 24 passing touchdowns–or exactly two-thirds. Adams already has 675 yards, which is more than double No. 2 option Robert Tonyan’s 314 yards. Allen Lazard has also rotated in for some big plays with his 19.5 yard-per-catch average and his 100 yards after the catch, on just 13 receptions. The Packers are loaded enough that it can punish via the air, take a massive lead, and grind the clock down with its ground attack. That is a sustainable method to obtain another title, even as it looks to punish a Jags team that barely belongs in the same stadium, metaphorically anyway.

The Jacksonville Jaguars have won just one time in its eight games this season, a Week 1 victory over the Indianapolis Colts. The Jags have dropped seven-straight games since that point. Worse still, the Jaguars have been outscored 179-247 on the year, and its only victory was a 7-point “W.” Gardner Minshew has come down to earth this season, as he heads a pass offense that ranks just No. 18 in yardage at 251.6 per contest.

Well, the Jags can then turn to the rush, right? No. Not at all.

It ranks in the bottom-five at rushing, too, with just 98.9 yards per game.

Oh, then the defense is a bright spot then? Double nope, it gives up 30.9 points per game while the Jaguars itself generate just 22.4 points per game.

It has resulted in plenty of blowouts, and while Minshewn has MIN-SHOWN his abilities, this team is relatively weak at all the skill positions and has a mediocre line to promote those talents, anyway. The Jaguars have a lot of building left to do in its rebuild. It even could be said, that Minshew is the football equivalent of Jeremy Lin’s “Linsanity,” but that is another digression for another day. The main takeaway is that the Jags are in for a tough season, and it is very unlikely to turnaround the 1-7 start with so few positives surrounding each blowout.