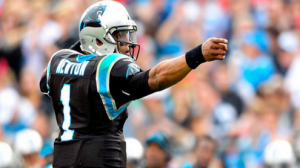 The Green Bay Packers have won its past two games to improve to 7-6 on the season and it will travel to face the Carolina Panthers at NOON (CT) on FOX today as 2.5-point underdogs. The over/under is set at 47 points according to NFL Oddsmakers at bookmaker 5dimes.

Green Bay won last week on the road 27-21 over the Cleveland Browns to even its road mark at 3-3 on the season. The Packers activated Aaron Rodgers this week, who is recovering from a broken collarbone he suffered Oct. 15 against the Minnesota Vikings. While Rodgers is listed on the IR, he is expected to play and there has been no set back on the collar bone injury. Rodgers has thrown for 1,385 yards on the season with 13 TDs and three interceptions, and while Brett Hundley did fine in his stead, the Packers are going to be happy to have their legendary QB back. Hundley threw eight interceptions with eight TD passes and had a passer rating of just 78.0 (compared to Rodgers’ 103.2 this season).

The Packers lead receivers, Davante Adams, Randall Cobb, and Jordy Nelson will be happy to have their quarterback back. Adams has caught for 828 yards on the year with nine TD passes, to lead the team in both categories, and Rodgers averages 7.2 yards per pass attempt, compared to Hundley’s 6.1. The top-six receiving options all average 9.4 yards per catch or better, and Green Bay should be able to really move the chains if Rodgers is close to form.

Running backs Aaron Jones and Jamaal Williams have rushed for 388 and 386 yards, respectively, but Jones is good for 5.2 yards per rush while Williams is only mustering 3.6 yards per attempt. The Packers have struggled some offensively without Rodgers this season, in ranking No. 24 in passing yardage and No. 18 in rushing yardage. The defense has kept the team competitive, but it will seek more than 21.9 points per game as it returns its starting quarterback this week.

The Panthers are 9-4 and 4-2 at home this season. The team has won five of its past six games, and most recently defeated the Minnesota Vikings 31-24 a week ago. Jonathan Stewart had a huge game with 103 yards on 16 carries and three TDs, including a long rush of 60 yards. Cam Newton was 13 of 25 for 137 yards with a TD and a pick. Devin Funchess led the team in receiving yards with 59 on his three catches, one of which was for a TD. The Panthers outscored Minnesota 17-11 in the second half as Stewart turned on the jets.

Newton practiced in a limited capacity Wednesday due to a shoulder injury, but he should be good to go. He has thrown for 2,720 yards this season while completing 60 percent of his passes. Newton has thrown 17 TDs and 12 INTs, and has a passer rating of 81.9. He has rushed for 50 yards or more in four of the past five games, and he had 70 yards on 11 attempts last week, with a long rush of 62 yards. The Panthers will need dual-threat Newton to do his utmost this week in what should be one of the week’s better games between evenly matched teams.