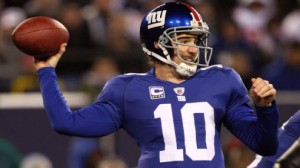 The Tennessee Titans are 7-6 and have won two-straight entering this week’s matchup against the lowly New York Giants. The Giants host Tennessee in a game with EVEN odds, and it has an over/under set at 43 points according to NFL oddsmakers at bookmaker 5dimes.

Tennessee extended its win streak to two last week with its 30-9 win over the Jacksonville Jaguars. Derrick Henry had a feast for himself against the Jacksonville defense. He rushed for 238 yards on 17 carries, including a 99-yard rush as part of his four-touchdown day. Marcus Mariota, though overshadowed by Henry, was accurate for the most part in throwing 18 of 24, but he did launch one interception while failing to throw any TD passes. It just hardly mattered with Henry doing his thing. Mariota also rushed four times for 13 yards, but 12 of those yards came on one play.

Taywyan Taylor caught one-third of Mariota’s 18 completed passes for 59 yards, and Dion Lewis contributed five catches for 39 yards. Tennessee improved to 5-1 at home with the victory, but it is just 2-5 on the road where it encounters the Giants this week.

The Titans have played like a .500 team, mostly due to the struggles of its offense. Though it sports a top defense that holds opponents to just 19.5 per contest, it is equally futile on its own driving the ball. Tennessee averages just 19.3 points per game with a pass attack under 200 yards per contest and a strong rushing game that does generate 124.3 per game. Henry and Lewis have combined for over 1,100 yards between them, and Henry has nine of the team’s 12 rushing touchdowns.

Corey Davis leads all receivers with 765 yards on 54 catches, and Taylor has added 377 yards on 30 catches. Lewis has caught for 348 yards out of the backfield, serving as the top receiving running back to offset his mediocre 3.3 yards-per-carry as a rusher. Mariota has had great success rushing the football, though, to again make up for it: He has averaged 5.6 yards-per-carry on his 61 attempts.

Problematically, though, he has suffered 39 sacks for a total loss of 220 yards and has a passer rating of just 93.4. Tennessee was expecting a quicker ascent with the former Oregon quarterback, but it turns out its franchise player may end up being Henry, even if that is reactionary to his monster performance last week.

The New York Giants are 5-8 on the season and 2-4 at home where it plays this week. The Giants have won two straight with victories over the Chicago Bears and Washington Redskins. However, it still sits in the cellar of the NFC East.

The Giants will be in pursuit of a young quarterback to replace the aged and struggling Eli Manning. Manning has a 1.7 percent interception ratio this season and has been sacked 43 times for a massive total loss of 339 yards. Despite his 240.1 yards per game, he has just a 95.8 passer rating and he is simply not getting any younger, or better.

The Giants do have the blessing of one of the best young running backs in the game with former Penn State running back Saquon Barkley. He has hardly disappointed in his rookie season. Barkley has rushed for 1,124 yards and averages 5.4 yards-per-carry despite not having one of the best offensive lines doing his blocking for him. Barkley has all nine of New York’s rushing TDs and has carried 209 of its 284 attempts. Its top receiver is a major standout too, as Odell Beckham Jr has caught again for 1,000-plus yards and six touchdowns. Beckham will miss this week again with an injured quadricep.

The Giants really need to focus its improvement on the offensive line and obtaining its quarterback of the future. Jokes in play, perhaps its best option is Beckham who has thrown 2 of 2 for 106 yards this season. While that obviously is not an option, the Giants do have players at the skill positions, and Barkley is a talented receiver in his own right with 629 yards and four receiving touchdowns.