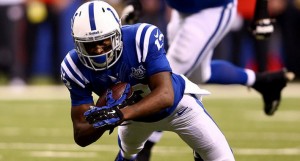 The Indianapolis Colts rebounded after its week 1 defeat by Jacksonville to win Week 2 over the Minnesota Vikings, 28-11. The Colts stay at home this week to host the NY Jets as 12.5-point favorites according to NFL oddsmakers at 5dimes. The betting total is set at 44 points according to 5dimes, as well, and the game will kick off at 3 PM (EST) on CBS.

The Colts look to improve to 2-0 at home this season and trail the Tennessee Titans by one game in the AFC South standings. Last week the Colts defeated the Vikings 28-11, as Philip Rivers threw 76 percent for completion en route to 214 yards and one touchdown. Rivers did throw a pick in the game, and he was sacked twice for 11-yards-lost.

Running back Jonathan Taylor rushed 26 times for 101 yards and a touchdown as the Colts picked up 151 running yards in the game. Rivers’ top targets were Mo Alie-Cox and Michael Pittman Jr. Alie-Cox caught five passes for 111 yards, including a 33-yard play. Pittman had four catches for 37 yards. Zach Pascal caught the only touchdown reception as one of his three catches for 19 yards. Rodrigo Blankenship hit 4 of 4 field goals and both PATs in the game, as the Colts led 15-3 at the half and outscored Minnesota 13-8 in the second half.

The Colts have been pleased with the backfield work of Taylor. Though he averages just 3.5 yards-per-carry, he has 35 attempts and a touchdown and has been a workhorse with seven first-down rushes. Jordan Wilkins has just nine attempts for 40 yards this season. Rivers has had no success rushing with his five attempts for six yards. He has thrown 77.5 percent for completion though with 291.5 yards per game. His three picks to two touchdowns ratio are troubling though, and his passer rating is merely decent at 92.3. Alie-Cox did most of his damage in Week 2, and he leads the team in yardage (131) and first downs (6).

T.Y. Hilton has seven catches but has missed seven targeted throws and his 81 yards rank No. 2 as well do his five first downs. Taylor has come out of the backfield to catch the second-most passes on the team (8) with 76 yards and two first downs. Ashton Dulin has been good on kickoff returns with three attempts averaging 30 yards per, with a long of 41 yards.

The New York Jets are 0-2 and have not been in either game. It lost by 10 in Week 1 to the Buffalo Bills and was beaten 31-13 by the San Francisco 49ers last week. Sam Darnold threw 21 of 32 for 179 yards and a touchdown. Frank Gore rushed 21 times for three-yards-per-carry with a long of 13. Little was sensational, and the Jets allowed 22 of 27 passing by the SF offense while also giving up 92 yards to Rasheem Mostert on just eight attempts. San Francisco gained 182 rushing yards on just 29 tries against the Jets weak defensive effort.

The Jets are getting very mediocre production so far from Darnold who has just 62 percent passing and 394 yards through two games. He also averages just 5.9 yards-per-completion with two touchdowns and a pick so far. Gore has averaged just 3.2 yards-per-attempt, and LaMical Perrine boasts 5.7 but has just three attempts thus far.

Le’Veon Bell has also been a non-factor with just six attempts. Jamison Crowder leads all receivers with 115 yards on seven catches including a touchdown and four first downs. Chris Hogan has him tied in receptions (7) but has just 75 yards, though he does lead the team in first downs with five.

Josh Malone and Ashtyn Davis thus far are competing for the lead return job with nearly equal results. Malone has a 21.7-yard average and Davis is good for 21.5, while neither has rushed for any real long impressive ones yet (32 and 27 respectively are their longs).

Sam Ficken is 3 of 3 on field goals with a 3 of 3 mark on PATs as well, and punter Brendan Mann has 11 punts with an average of 45.5 yards with one in the 20 and one touchback thus far.