Posted on March 12, 2019 by Brett David Roberts in Headlines,NBA 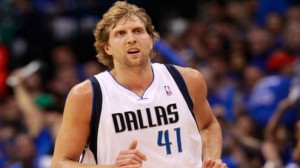 The Dallas Mavericks have lost nine of its last 10, its last five overall, and at 27-39, the team is scarcely a threat to make the postseason—but things have probably never been more promising for Mavericks supporters, at least in recent history. The team is nearly mathematically eliminated from the postseason, but Luka Doncic is keeping fans packing the seats./

Not only has Luka Doncic shown all the signs of being a true superstar (a 19-year-old one at that), but the Mavs also recently acquired Kristaps Porzingis from the Knicks. While Porzingis is unlikely to suit up this season, if he returns anywhere close to his full form, the Mavericks will possess one of the most unique and talented young duos in the league.

Doncic has been nothing short of incredible. He is averaging 20.7 points and 5.6 assists, playing a point-forward role as one of the most talented playmakers to come into the league in recent history. The Mavericks also parted ways with Harrison Barnes who never really fulfilled the expectations the Mavericks had for him. In his place, the Mavericks now have Tim Hardaway Jr, who was acquired as part of the Porzingis trade.

It cost the Mavericks the young and talented Dennis Smith, Jr, but he had grown increasingly disgruntled with his diminished role in Dallas’ offense. DeAndre Jordan also headed to New York, which left the Mavericks with something of a hole at the center position, but there are enough talented 4-men to fill the spot for the remainder of this season. While Dallas will not make the playoffs this year, it would be hard to count them out from doing so next season when Porzingis makes his return.

The San Antonio Spurs have won six of its last 10 games and are currently 38-29. It has won five straight games to climb to No. 7 in the West.

This Spurs team is a team truly without as much talent as Houston but it does possess one of the greatest coaches of all-time in Gregg Popovich. The Spurs replaced do-it-all forward Kawhi Leonard with 2-guard DeMar DeRozan this offseason, but this is not a Spurs team resplendent with offensive talents. LaMarcus Aldridge and Rudy Gay are both very solid strong veterans, but the rest of the roster is a rag-tag collection of players Popovich has found every way to maximize the respective talents of.

DeRozan and Aldridge combine to score 42.2 points per game, but the offense has hardly been a problem for this Spurs team which averages 112.3 points per game. Bryn Forbes has evolved into a very useful guard and is averaging 13.6 points per game, and Marco Belinelli is still a sharpshooter who thrives in the right system. The Spurs are hoping Derrick White can become a star, and he has looked good in his 22 starts this season.

Even Jakob Poeltl has found his defensive calling under Popovich and though he plays just 15 minutes a game, the Spurs utilize an 11-man rotation and call deep into its bench.