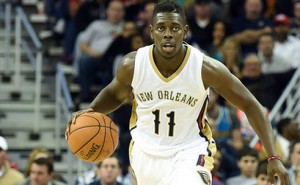 The Sacramento Kings have won seven of its last 10 overall SU, and it is within just 3.5 games of No.8 seeded Memphis. The Kings host Zion Williamson and the New Orleans Pelicans as 3-point underdogs in the second half of an ESPN Wednesday night doubleheader. The over/under is set at 233.5 total points according to pro basketball oddsmakers at bookmaker 5dimes.

At 28-36, the New Orleans Pelicans have formed an identity and some purpose, but now it all comes together with one Zion Williamson back in the fold. A highly vaunted pick and hailing from Duke, Williamson is expected to transform the Pelicans.

Through 16 games, Williamson is averaging 23.6 points, 6.8 rebounds, 2.2 assists, and 1.3 blocks/steals while posting a PER of 24.33. The scary part is this is merely scratching the surface for the physical freak that is Zion…The Pelicans are confident Williamson will keep them in the postseason conversation. Williamson has scored 30 points per game over the last two, including his 35 points, seven-rebound performance in the 114-122 loss to the Lakers on Mar. 1.

The Sacramento Kings are just 28-36 on the season, but the team has dealt with some injuries, and as usual, plenty of underachievement. Sacramento is again probably going to miss the postseason, which has been the case for the past decade-plus for a team that never manages to achieve the potential it seems to have on paper. The Kings have lost two of its last three and trail the No. 8 seeded Memphis Grizzlies by a 3.5 games. The No. 8 spot in the West will be between Memphis, Portland, New Orleans, and the Kings. All three teams trail Memphis by the same 3.5 game margin.