Posted on December 17, 2018 by Brett David Roberts in Headlines,NBA 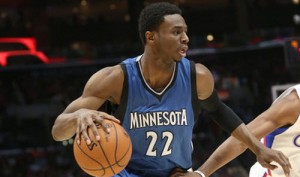 The Sacramento Kings are continuing to surprise the Western Conference and NBA at large, and it will visit the Minnesota Timberwolves at 7 PM (CT) on NBA League Pass. The Wolves are 8-point favorites in the affair, with an over/under set at 233 points according to NBA oddsmakers at 5dimes.

The Sacramento Kings have turned it around. The team is 16-13 and it has won six of its past eight, and it has crept up to No. 7 in the Western Conference standings.

Key behind the turnaround has been the play of three of its improving youngsters. Buddy Hield is finally settling in as a major NBA scorer, averaging just shy of 19 points per game while adding 5.2 board and 2.5 assists per game. De’Aaron Fox has improved a lot in his second NBA season and is averaging 18.1 points and 7.6 assists while leading the Kings with a PER of 18.7.

And amazingly, Willie Cauley-Stein has found both consistency and offense, and he is now looking like the anchor center many figured he would be after his four years playing for John Calipari at Kentucky. WCS is averaging 14.3 points, 8.5 rebounds and 1.75 blocks/steals per game while displaying far more consistency and disability than he had in his first two NBA seasons.

Also, rookie Marvin Bagley is looking a lot like a young Jermaine O’Neal as he finds his footing in the NBA. While he is seeing just 23 minutes a night, the rookie is averaging 12.7 points and 6.1 rebounds per game while leading the Kings in blocks per game at 1.04.

With that quartet of talented youngsters, the Kings also mix in the sharpshooting of second-year guard Bodgan Bogdanovic and the defense of Iman Shumpert. Sacramento now finally seems to have the depth and consistency it had lacked in years past, and while this still will likely be another trip to the lottery following the 2018-19 season, the Kings have the cap flexibility, picks, and the talent in place— to finally turn things around after 11-years straight of playoff-less basketball.

Minnesota said farewell to Jimmy Butler, dealing its disgruntled star to the Philadelphia 76ers for Jarryd Bayless, Robert Covington, and Dario Saric. The trade was a necessary one for Minny, but it is hoping it may have a star in Saric. Often overshadowed in Philadelphia, he should assume a starter’s role in due time in Minnesota where presumably he will get a lot more touches and looks. He also should blend well with what the Wolves have already in Andrew Wiggins and Karl-Anthony Towns. This is a team too talented to be four games below .500 already in this young season, and the thought is by removing Butler a lot of his toxic influence will be gone as well.

Minnesota lost its leading scorer in Butler, but Derrick Rose has been re-emerging to look much more like the “Rose of old.” The one-time MVP is averaging 19.2 points and 4.8 assists per game, good for No. 2 on the team in both categories. Karl-Anthony Towns has been off to something of a slow start, but he is still averaging 20.3 points and 11.6 rebounds per game this season. Wiggins has been the biggest disappointment, not performing well on the defensive end, and also averaging just 16.6 points per game. The Wolves are hoping its former No. 1 overall pick rounds into shape because the label of “potential” has long since passed.