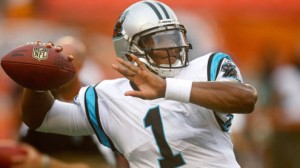 The Carolina Panthers are 6-7 this season but just 1-6 on the road where it encounters Cleveland this week. The Panthers have lost four-straight games, with losses to the Pittsburgh Steelers, Detroit Lions, Seattle Seahawks, and most recently, the Tampa Bay Buccaneers. Carolina trails New Orleans by an irretrievable four games in the NFC South.